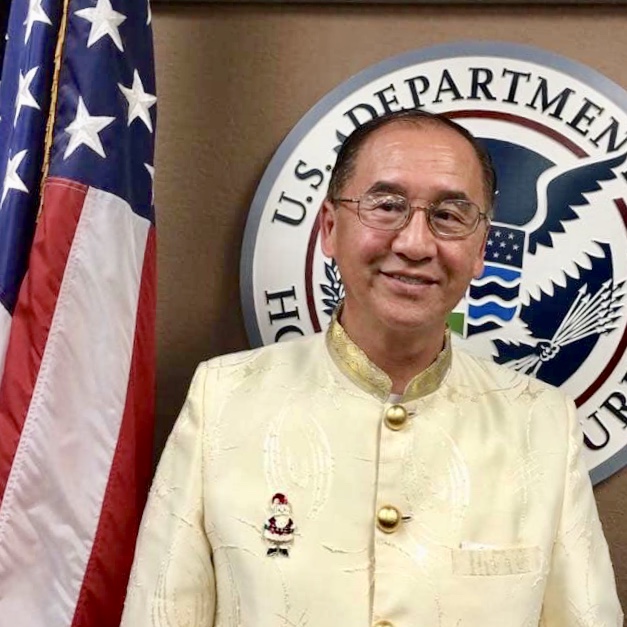 Bouavanh A.J. Hope Rasih is the co-founder and President of the Rasih Citizenship Education Institute. He has over 34 years’ experience in citizenship and naturalization, voter registration, community and public safety, public relations and interpretation and translation services.  As a Citizen Maker, he has assisted 1,340 refugees and new immigrants in successfully achieving their dream of becoming United States citizens.

Bouavanh is a language and culture expert, fluent in four languages – Laotian, Vietnamese, Thai, and English – and some French. A comprehensive leader, administrating communication programs focused on public policy and affairs and sales and marketing, Bouavanh is also a civic engagement advocate. As a Human Relations Commissioner of the City of San Diego, he ensured city residents had equal access to economic, political and educational opportunities and
service protection and accommodation in businesses and public agencies.

Bouavanh received recognition for his talents through the Asian Heritage Award 2006 for Art, Literature and philosophy and the International Society of Poet for Editor’s Choice Award In 2005 and 2006. He was named “Great Poet of the Western World 2010” by Famous Poets Press and was recognized for his achievements in Marquis Who’s Who in America 2018 and Who’s Who in the World. Bouavanh authored three books: “Journey to America,” “Out of Darkness Comes Light: America’s New Triumph’s 21st Century Encyclopedia of the Verses of Social Thoughts,” and “Hope Promise and Better Future of Mankind: The Complete Encyclopedia of Verses of Social Thoughts.”

Bouavanh’s honors also include being immortalized on the Immigrant Wall of Honor, a permanent exhibit by the Statue of Liberty-Ellis Island Foundation and receiving the “Spirit of America” from the United States Catholic Conference.

Bouavanh is a graduate of California State University San Marcos and holds a Professional
Leadership Program Certification earned in 2000.