APAC Board of Advisors 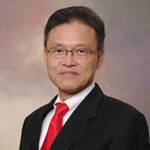 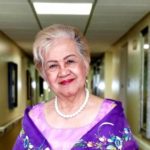 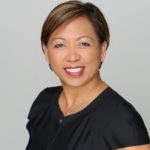 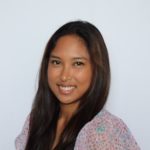 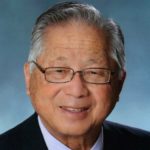 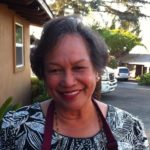 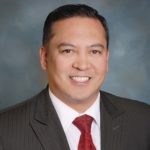 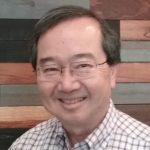 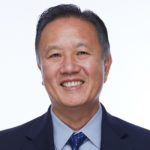 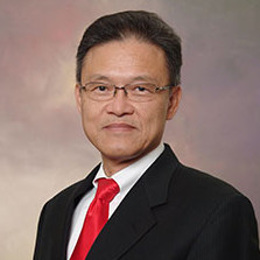 Dr. Allen W. Chan is a family man, a well-respected Doctor of Chiropractic, successful entrepreneur, and community leader. His achievements demonstrate his passion to improve the community and help those who are less fortunate, locally and around the globe.

Despite a respectful and well-paying career as a pharmacist in Los Angeles, Dr. Chan went back to school and received his doctorate degree in chiropractic after he discovered this holistic approach to relieving patients’ pain without medications or surgeries. He received his doctorate degree in chiropractic in 1985 from the Los Angeles College of Chiropractic. In 1988, he settled in San Diego and founded Chan Chiropractic Center and later the multi-disciplinary Jasmine Health Center. Successful years of practice led to other opportunities including establishing the largest and most popular local Asian restaurant.

Dr. Chan’s community work serves to empower the various Asian ethnic communities in San Diego. In 2010, he was recruited as the Partnership Specialist for the US Census Bureau. He helped organize the Complete Count Committees for the various Asian communities to ensure an accurate count of this “Hard to Count” Asian population. He was the co-founder and co-chair of The Alliance for Asian and Pacific Islander Americans in 2001 and Asian Pacific American Coalition (APAC) in 2011. Thorough these organizations he played a leading role in San Diego’s 2001 and 2011 City Council redistricting processes for fair representation of San Diego’s Asian American community. His relentless effort successfully leads to the first ever Asian City Council District in 2012 and has successfully helped to elect the first Asian American City Councilman representing the first Asian City Council District in San Diego in 2014.

Dr. Allen Chan is the recipient of the “San Diego Asian Business Association Community Service Award”, the “Special Congressional Recognition for Outstanding and Invaluable Community Services” award and the “Community Service Award” of the Citizens Oversight Committee, San Diego Community College District, among others. He is also the recipient of the 2014 KPBS’s “Local Heroes” program for his achievements and contributions in the community. On May 9, 2015, Dr. Chan received the prestigious “Ellis Island Medal of Honor” from National Ethnic Coalition of Organizations (NECO). as an outstanding immigrant who has fulfilled his American Dream.

In her volunteer work as community organizer and advocate for social justice, Aurora Soriano Cudal-Rivera gained recognition as “multi-ethnic bridge builder”, and an inductee to the San Diego County Women’s Hall of Fame in 2013.

Her painted portrait also hangs in the San Diego County Library as the first Filipino chosen as one of the Legends: Living Well, in 2015,  an annual recognition of individuals who exemplify “lifestyles that embrace inclusion, spiritual integrity, humanism and healthy living.”

Aurora considers herself as a successful professional in the field of public health education, having worked in this field since she graduated from the University of the Philippines at the age of 18. In a ladder-like promotion from that of a community health educator in one of the remotest town in the Philippines, she reached the top of her career as WHO Health Education Consultant in Geneva, Switzerland  and the first woman from Asia to receive a UNESCO Fellowship on “Problems Related to the Use of Drugs,” which granted her a four-month travel to Denmark, Netherlands, France and Switzerland.  Her training and experience catapulted her in the international field.

However, despite her accomplishments, she remained humble and unaffected by all the recognition and awards she received along the way, E.g. California Legislature Woman of the Year (1999; 2016). University of the Philippines Alumni Association in America’s Distinguished Community Service Ward (2003); Doctor of Humanities (h.c.) from the Pamantasan Ng Lungsod ng Maynila (2003), and so many others.

She came to retire in Chula Vista, California after almost 40 years of trail-blazing service in government and non-government institutions in the Philippines. Now an octogenarian,  she is still active with  the National Federation of Filipino American Associations (NaFFAA) San Diego and Imperial Counties, Board of Missions and Outreach and Committee on Social Responsibility of the Community Congregational Church of Chula Vista, and  Congregational Tower Resident’s Association, an independent living facility of two hundred seniors from all walks of life. An optimist, Aurora believes that one is never too old to make a difference in the lives of others. 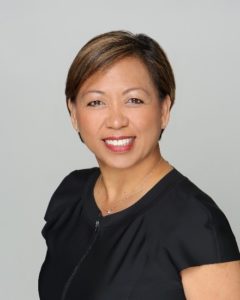 Debbie, a recognized leader known for crafting strategic vision to achieve business goals, is currently the Executive Director of Retina World Congress, the first-of-its-kind international congress focused on uniting retina societies from around the world and leading retina specialists to support global scientific and clinical exchange on advances in retinal health.

A 20 Plus-Years public servant, Debbie brings to her current role significant experience in asset and process management, financial and reporting policy, and leadership development. Debbie’s former role at the San Diego County Water Authority, the regional water agency that provides about 90 percent of all the water used in San Diego County, delivered results by aligning board initiatives with long-term solutions.

Her role worked closely with various agencies and internal departments, linking programs and policies to management strategies and operations. With a reputation for judicious use of resources – and resulting cost containment – Debbie’s work has been instrumental in providing the Water Authority analyses key to saving San Diego’s ratepayer dollars.

Debbie served nine-years on Sharp Chula Vista Medical Center’s Board of Directors and returned to the Board as the Medical Center raised and opened its newly constructed tower. She is also active as a Board Member of the South County Economic Development Council and serves as its Membership co-chairperson. Debbie also sits on the World Trade Center’s Global Competitiveness Council, a group of senior business, academic, government and civic partners that oversee WTC San Diego’s execution of the Go Global San Diego initiative. Debbie also served as Chair (and continues to serve on its Board) of the Chula Vista Charitable Foundation; an affiliate of the San Diego Foundation responsible for granting more than $20 million per year to local nonprofit organizations.

Debbie has a bachelor’s degree in art and a master’s degree in public administration, both from San Diego State University. She also holds a certificate of Management for Developing Entrepreneurs from UCLA’s Anderson School of Management.

Ellaine Esteller is currently a full-time student in San Diego State University, studying to be an environmental engineer and will be graduating this coming spring in May 2020.

She currently interns for the County of San Diego, Planning and Development Department and has been with the department for three years.

In her early years in undergraduate, she was involved in many organizations such as Andres Bonifacio Samahan and Alpha Phi Omega. She has also interned for Silk Road Productions for several years and volunteers in many Asian-American and Pacific-Islander community events throughout San Diego. She hopes to continue helping the community through APAC and through different facets 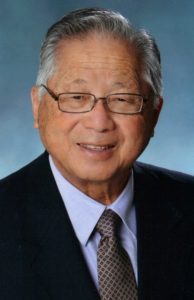 Tom Hom, a second generation Chinese-American, was born in San Diego in 1927, year of the Rabbit. Throughout his life, he helped transform San Diego into the vibrant city it is today. In 1963 he made San Diego history by becoming the first minority ever elected to the San Diego City Council. In 1968 he won a seat to the California State Assembly, serving along side then Governor Ronald Reagan.

As a successful civic, business, and community leader, Tom has become a legacy in San Diego. Among his accomplishments, he was instrumental in the transformation of what was San Diego’s skid row into today’s vibrant historic Gaslamp Quarter District – now a major destination.

He also played a key role in the establishment of the San Diego Chinese Historical Museum. This pioneer has received numerous accolades for his efforts and contributions to improve his community and beyond.

Tom recently published his memoir, “Rabbit on a BumPy Road, a Story of Courage and Endurance.” 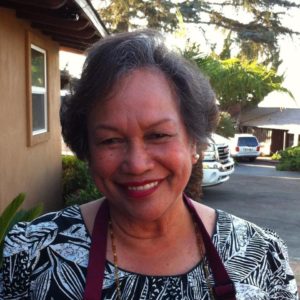 Margaret Sanborn has enjoyed her fifty-four years in San Diego, California with her children, grandchildren and great grandchildren.  She has contributed to her community unselfishly and continues to strive to improve the health and well being of the Hawaiian and Pacific Islander communities.

While in the position of Director of Student Services with Springfield College School of Human Services she obtained her Bachelors of Science Degree in Organizational, Management and Leadership and her Masters of Science Degree in Psychology.  With the encouragement of her community, Margaret established the first K-6 Public Charter School with a concentration on improving Native Hawaiian and Pacific Islander student education.

In her retirement years Margaret enjoys working in her garden and continues her passion for reading. Margaret continues her work with the Mainland Council of the Association of Hawaiian Civic Clubs and is a life member of Ahahui Kiwila Hawaii O San Diego Hawaiian Civic Club and Hui O Hawaii of San Diego.  She is also a founder and Executive Director of the Pacific American Education Scholastic Foundation.

She continues to pursue to improve the health and well being of the Native Hawaiian and Pacific Islander community by making information available through conferences, workshops and outreach. 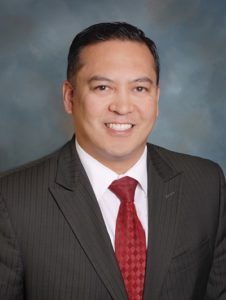 Alan is a Branch Manager and Vice President at Banner Bank and manages the Balboa-Clairemont office. He has been working in financial services for almost 20 years, helping small business and individuals with their financial needs by providing banking and credit solutions.

Alan is a board member of the Clairemont Chamber of Commerce and Asian Pacific American Coalition, and works to promote business and provide resources and networking for local small businesses.

He also volunteers his time helping the youth of San Diego achieve financial literacy. By partnering with other organizations and schools, Alan teaches students of different age groups about personal finance seminars and the importance of credit, budgeting, saving, etc.

He currently serves on the board of the San Diego chapter of the Japanese American Citizens League and is a volunteer for the Lupus Foundation of Southern California.

He also co-chairs the SD County Medical Society’s Bioethics Commission. Mits is an Assistant Clinical Professor on the voluntary faculty of the UCSD School of Medicine. 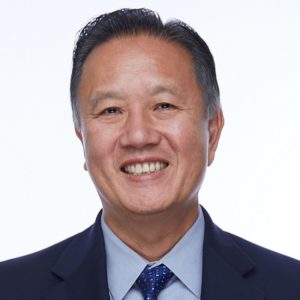 Mr. Wong’s experience includes working with the private and public sector on some of the most recognizable projects in San Diego like Las Americas, Liberty Station and
the Cross Border Facility.

Mr. Wong is currently serving on the Advisory Board for the Asian Pacific American Coalition (APAC) and the Convoy District and has served previously on the Board of Directors for the Asian Business Association (ABA). Mr. Wong earned a Bachelor of Science Degree in Business Administration and a Master’s Degree in Planning and Development from the University of Southern California.